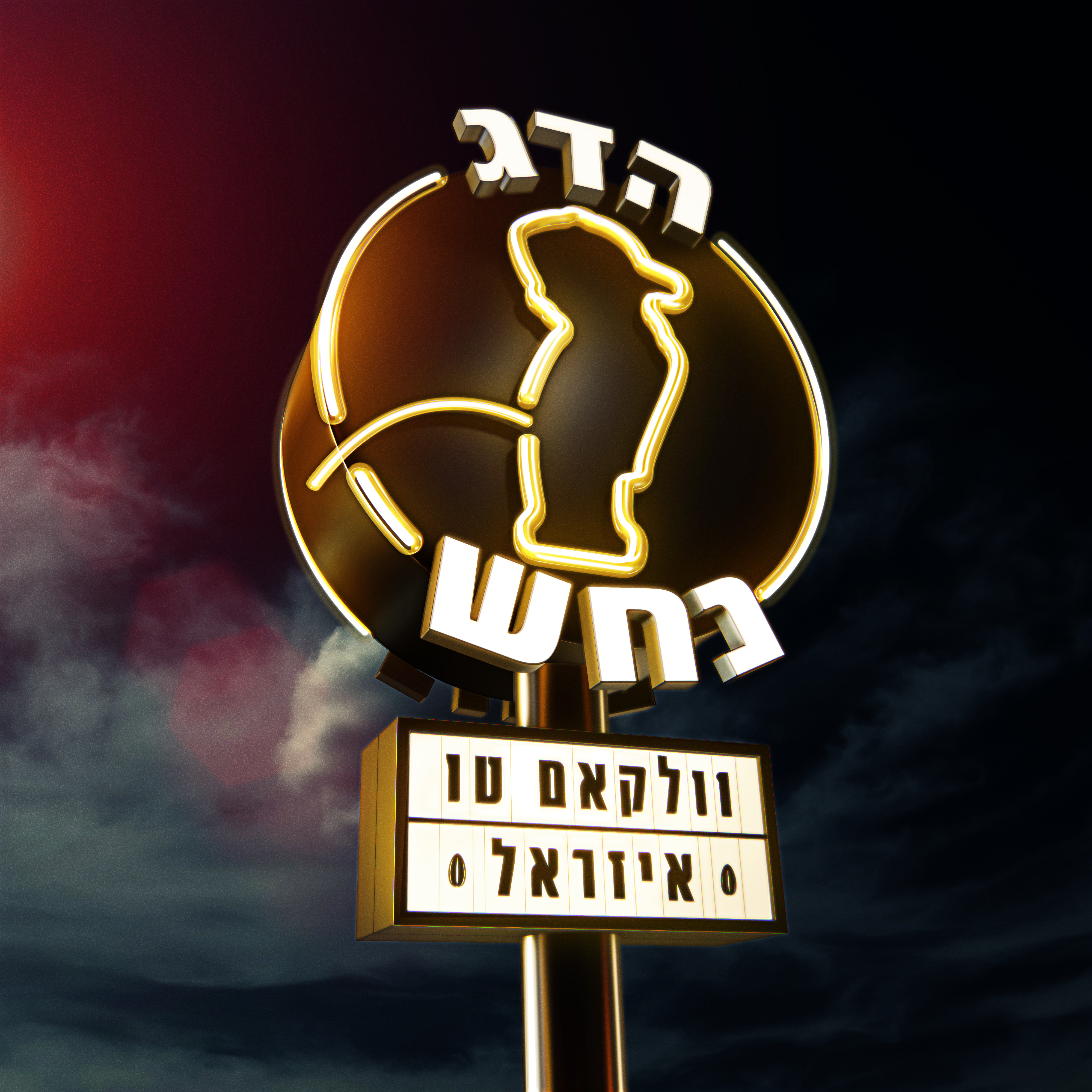 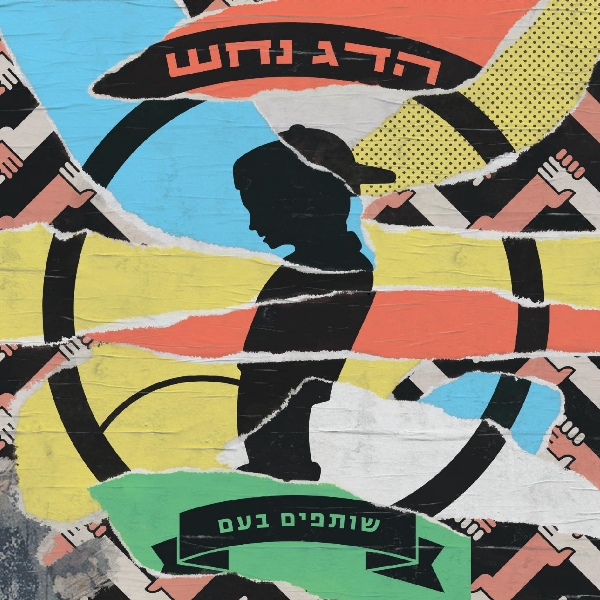 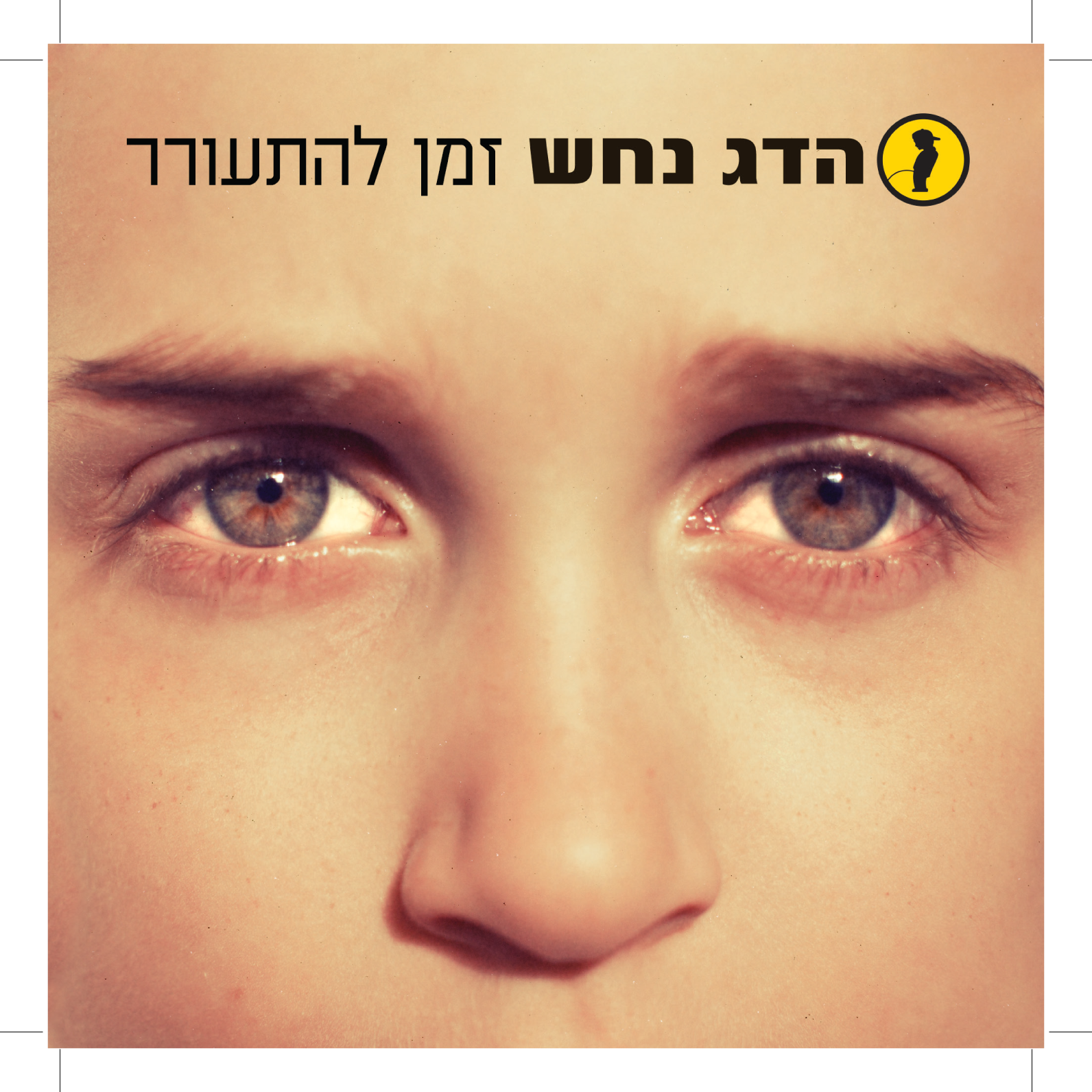 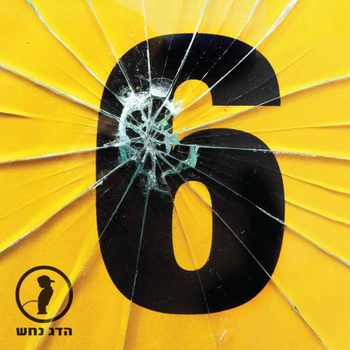 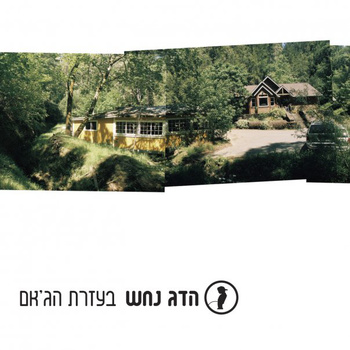 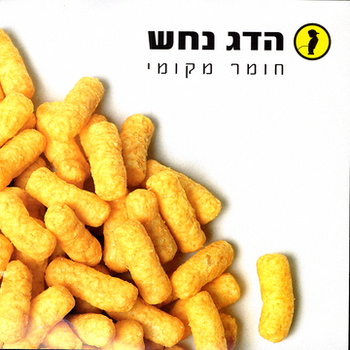 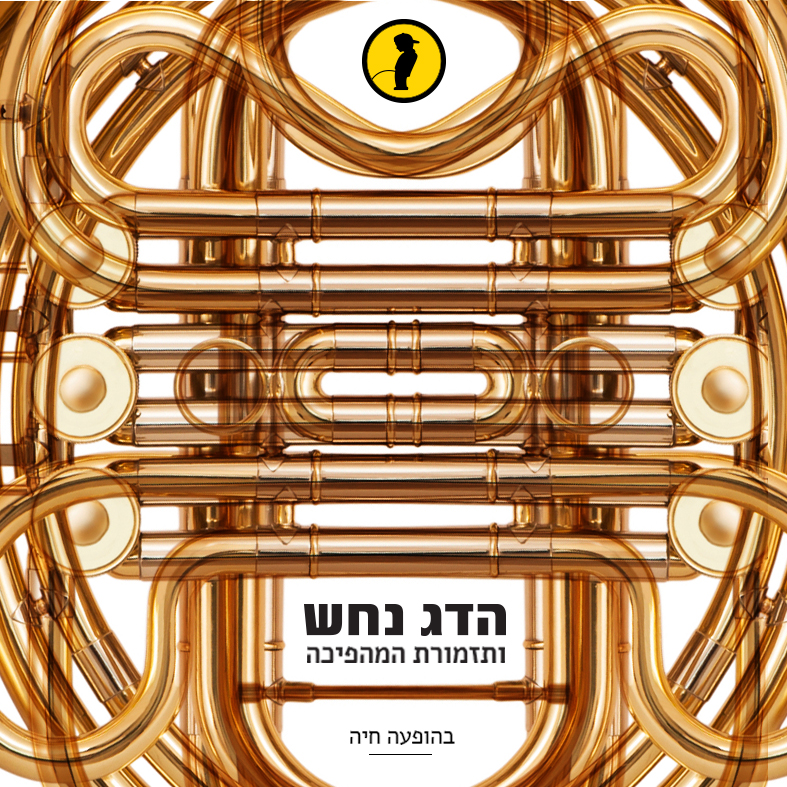 Hadag Nahash entered the Israeli music scene from Israel’s capitol city of Jerusalem. The band, which combines a current hip hop sound with flavors of electronic music and funk, mixing together contemporary groove and a middle eastern atmosphere, quickly became one of the best known bands in Israel. Their unique sound has gathered the band a loyal following from a wide fan base and a lot of media attention. The band’s audience has grown rapidly over the years, and today they are considered one of the most successful bands in Israel.

From its early days, Hadag Nahash have been walking the narrow line that runs between popularity and social awareness and activism. With a clear established agenda, they have become consistent critics of the establishment and its wrongs, their music becoming the soundtrack for the local struggle against racism and corruption.

Over the years, the band has collaborated with many well-known local and international artists, including “The Black Eyed Peas”, “Cypress Hill”, “Arrested Development”, “Matisyahu”, “Saian Supa Crew” and more.

In 1996, an instrumental funk band was formed in Jerusalem. Its members were: Yaya Cohen Haronouf, David Klemes, Moshe Assaraf and Yaron Moher. At the same time, Shaanan Streett recorded a song called “Shalom, Salam, Peace” along with Shimei Faiman. A meeting between Shaanan and David led to collaboration between the newly-formed group and Shaanan, which would lead to the formation of “Hadag Nahash”. Later on, the group was joined by guitar player Shahar Mintz and trumpet player Meir Shalibo.

Following dozens of live performances in Jerusalem and an ever-growing fan base, the band released two limited edition cassette tapes (500 copies were made of each): “Hadag Nahash Live in Tel Aviv, Wahal Amphitheatre 98” and “Hadag Nahash Live in Jerusalem, Hatzolelet, 98”. Around the same time, two new members joined the band: DJ Guy Margalit, who went from guest DJ to a full-time band member; and guitar player Amir Ben Ami, replacing Shahar Mintz who had relocated to New York.

After 4 years of playing live all over the country, the band was signed to a record deal by the label “Levantini”. At the same time, trumpet player Meir Shalibo left the band to pursue his studies.

In September 2000 the band released its first album, titled “HaMechona Shel HaGroove” (“The Groove machine”), and produced by Kobi Oz. The singles “Lo Mevater” (“won’t give up”) and “Af Ehad” (“I have no one”) were most notable from the album. Both songs feature Mazi Cohen’s guest vocals. The songs, which became hits, went to the top of the charts and brought the band into the general public eye. Later on, the songs “Hamechona Shel HaGroove”(The Groove Machine) (for which the band filmed its first music video) and “HaVolume Ole” (The Volume Rises) , were released as singles as well. The album also featured Kobi Oz, “Kushi Kelev Kat”, “The Starting Four” and more guest artists.

That year, the band joined T-Packs for a tour of double header shows that ran for 8 months all over the country. At the end of that tour, Saxophone player Yaron Mohar left the band to spend more time with his family and was replaced by the Tiberian wonder, Shlomi Alon.

Following a two year tour of live performances all across Israel, the band went to work on their second album. After an intense year of studio work and material collecting, the album “Lazuz” (“move”) was recorded, with musical producer Yossi Fine. The album features guests including MC Shiri, Galia Yaron and Berry Saharof. The album, released January 2003, won the album of the year award (MTV Israel); the ACUM (The Israeli composers and publishers association) award for lyrics; and reached a gold album status within 6 months. The live performance tour that followed the album’s release ran for two years and included more than 150 shows in Israel, as well as the band’s first performances abroad, as they went on tour in the United Kingdom.

September 2003 saw the beginning of the working process on new materials that would eventually become the band’s third album. In January 2004, the band entered the recording studio, once again with Yossi Fine, who came from New York to produce the album “Homer Mekomi” (Local Stuff).

In March 2004, the first single from “Homer Mekomi” was released. The song was “Halifot” (“suits”) and it features guest vocals by Liora Isaac. The second single from the album, “Shirat HaSticker” (“The Sticker Song”) with lyrics by Israeli author David Grossman, was released and stayed at the top of the Israeli music charts for 5 straight weeks. The song also features the late Ahuva Ozeri on the Bulbul Tarrang instrument.

The album also features Johnny Goldstein, Galia Yaron and MC Shiri. The third single from the album, “Hakaffa HaMetzaltzelet” (“Slap in the Face”) features Guy Mar preaching his gospel with advice for up and coming musicians.

The album was released in June 2004. As 2004 came to an end, “The Sticker Song” was named song of the year on nearly every media platform in Israel, it was also the most aired song of that year.

The video for “The Sticker Song” won ‘music video of the year’ and the band was declared ‘Band of the Year’ at the AMI awards (The Israeli music channel awards).

The tremendous success of the album “Homer Mekomi” in general, and the Sticker Song especially, paved the way for the band to start playing in the United States and Canada. Articles about the band were published in The New York Times, “Rolling Stone” magazine, The Village Voice, San Francisco Chronicle, The LA Times and more. At the performance at “The Knitting Factory” in New York, the band hosted Yossi Fine and the then-unknown, Jewish orthodox rapper, Matisyahu. On that first tour in America, the band was accompanied by documentary film maker Roi Florentin, who chronicled the trip. The result was the documentary “Hadag Nahash – Seret Massa” (“tour movie”).

In light of that tour’s success, the band went on another tour of The United States only six months later. That tour included a memorable sold-out show at the Chicago House of Blues.

Following their second tour of the United States, the band seclude themselves in a studio, hidden deep within the forests of northern California, called “In The Pocket”. There, with Yossi Fine, they record their fourth album, “Be’ezrat HaJam” (With the help of the Jam) .

The first single from “Be’ezrat HaJam”, titled “California”, was released in February 2006 and was put on heavy rotation in all major Israeli radio stations. It was followed by the singles “Eize Kef” (What Fun), which was accompanied by an animated video by acclaimed international artist Kutiman, “Statistica” (Statistics) and “Hinne Ani Ba” (“Here I come”), which became a massive hit. The song was also chosen to accompany the trailer for Adam Sandler’s film “You Don’t Mess With The Zohan”.

In June 2007, the film “You Don’t Mess With the Zohan” was released. The film’s soundtrack included four songs by Hadag Nahash: “California”, “Ma SheBa Ba”(Whatever Comes), “Lo Mevater” (Won’t Give Up) and “Hinne Ani Ba”.

At the 2007 AMI (Israeli Music Channel) awards, the album was declared album of the year.

In addition to working relentlessly in Israel, the band continued to perform abroad and went on several more tours of North America and Europe. While on tour, the band was invited to perform at the prestigious Sziget Festival.

After four successful albums and hundreds of shows in Israel and abroad, the band decides to put on a show that will be filmed for a DVD. In the show, held in November 2006 at the Theatre Club in Jaffa, the band hosted a lineup of guest artists who had collaborated with Hadag over the years. The guest artists included the late Ahuva Ozeri, Liora Isaac, Yossi Fine and Johnny Goldstein. In March 2008, a double album and a DVD of the performance were released. The DVD also includes Roi Florentin’s documentary film about the band’s first tour in the USA, “Hadag Nahash – Seret Massa”.

That year the band was awarded the 2010 Activism award as part of a social involvement festival. Shaanan Streett received special acknowledgment for his work in bringing culture to areas of Israel that are usually more overlooked, with “One Shekel Festival”, an N.P.O he started which is active to this day.

During the summer of 2011, as a wave of social justice protests was sweeping Israel, the band’s music became a regular soundtrack of the demonstrations, with the band playing in several of them.

The social justice protests motivated and inspired the band to start gathering new material and at the start of 2012 they began recording a new album, once again produced by Yossi Fine. In February 2013 the band released their 7th album, “Zman Lehitorer” (“Time to Wake Up”), which included the songs: “kovlana Al Miflagot Israel” (“A complaint regarding Israel’s political parties”) with an original tune and lyrics written by the late Meir Ariel; “Zman Lehitorer” (“Time to Wake Up”), which became a massive hit and was also featured in the soundtrack for director Avi Nesher’s film, “Plaot” )The Wonders); “Mabsut” (Psyched)  with the singer Daklon; and “Yom Shishi” (“Friday”) with Itzhak Klepter on guitar. Other guests on the album include: The Ohana Brass Band, Peled, Trifonas and Fadel Kandeel. This album also achieved gold status in short order and earned the band another ACUM award for lyric writers of the year.

In March 2015 the band released a live album recorded at the Tel Aviv Center for the Stage Arts along with the esteemed “Revolution Orchestra”. The orchestra, under the musical direction of Roy Oppenheim and Zohar Sharon, created new and unique adaptations to songs from the band’s rich repertoire. Music Videos were released for several songs from that performance: “Ani Maamin”(I Believe), “Shir Nechama” (A Consolation Song) and “Gabi & Debby”. The album was released for free download and was downloaded by thousands of fans.

Also in 2015, the band recorded and released the song “Ma Haya Eem” (“What could have been”), to mark 20 years since the assassination of Prime Minister Itzhak Rabin. The song was released in collaboration with the Rabin Centre.

In May 2017 the band once again collaborated with writer David Grossman, taking part in the project titled “Yesh Matzav” (The Situation). The song was written by Grossman and also featured Berry Saharof, Yoni Rechter, Daniel Zamir, Galia Yaron and the YMCA youth choir.

In March 2018 the band released its 10th album, “Welcome to Izrael”, following more than a year of intense work. The album consists of 14 songs, produced by Yossi Fine. Among the singles from the album are: “Sa” (“go!”), “Oditetov” (It Will Be Better),  “Matzbiim BaRaglaim” (Vote with Your Legs) and “Welcome to Izrael”.

The band is currently on tour following the album’s release, in Israel and abroad.

“Artillery” – A remix of an Infected Mushroom track